I’ve lost count of the number of times I’ve been rejected as a writer, but over the years it amounts to hundreds. Hundreds of times that my work, and by proxy, myself, was not good enough. Thanks to my Duotrope stats, I know I’ve been rejected by Ellery Queen Mystery Magazine ten times, twice with a personalized letter of rejection from the editor. Thanks to QueryTracker, I know my last novel was rejected 14 times, 7 of those times by agents that requested the full manuscript. My current manuscript has already been rejected 8 times, once by one of the agents that requested the full.

Now let’s look at Churchill’s quote. Have I lost my enthusiasm? Honestly? At moments, yes, but for the most part, no. I love writing. Of the 8 rejections I’ve received on my current novel, two were personalized emails saying that while this particular novel wasn’t for them, my writing was strong, I have a good novel, and some agent is going to want it. Is that success? During my good moments, yes. During the others . . . not so much.

Usually, when I write a post, that’s it. I read it over for typos, then schedule it. Not this time. Not this post. This post found me in the dark place writers sometimes go, that nasty little spot somewhere between self-doubt and city razing rage. (I suspect Godzilla must have been an aspiring novelist.) The unhelpful, ranting parts of this post were deleted. Rewritten. Deleted again. Because I know the game. I choose to play the game. But that doesn’t mean I always like it.

Sometimes those near misses feel even harder than the outright rejections. It’s like getting the candy bar out of the wrapper and into your mouth, tasting its chocolately goodness against your tongue before having it cruelly yanked away. No chocolate for you. Just the hint of it, that’s all. It’s a special kind of torture (especially when put in terms of chocolate!).

Believe me when I say that I understand that rejection is part of the process. Even all those manuscripts that find agents and publishers and homes on the shelves of major bookstores still get rejected by readers and reviewers and people who pass them over for reasons as odd as the cover being the wrong color. There’s no escaping rejection, I get that.

Sometimes I stare at my computer screen, wishing I’d self-publish and offer my books for free on Amazon in exchange for constructive criticism from the readers. Wouldn’t that be a more proactive way of developing my craft than stacking another abandoned manuscript on the dusty pile growing in the corner? Sometimes I Google words trying to find the perfect one to describe the situation. And sometimes, I type away lalala all smiles and grins and faith that it’ll work itself out simply because I’m writing, which is (in my opinion) the best of all superpowers and as far as evil villains go, rejection isn’t that bad.

On those dark days, though . . . send chocolate and puppy memes. And tequila. Lots and lots of tequila.

Join my newsletter for the latest updates, triumphs and tribulations!

(Don’t forget to check out the NEW www.shannonhollinger.com with its NEW look at its NEW host.) 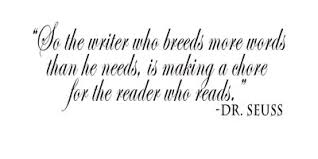